Leading up to the premiere on November 11, 2012, Science Channel ran an all-day marathon of Firefly. During the last two episodes, "Heart of Gold" and "Objects in Space", trivia was displayed on screen. The Science Channel website also included a section of their website where exclusive videos could be unlocked as more people tweeted the Science Channel Twitter account with the #FireflyNov11 hashtag.

The special was produced by Pangolin Pictures, and unearthed defining memories and first-person accounts of making the show from both sides of the camera. Also included were discussions of future and possible plot lines, as well as a secret that only a few people such as Morena Baccarin were privy to. 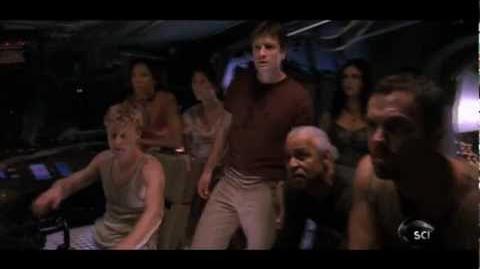 Retrieved from "https://firefly.fandom.com/wiki/Browncoats_Unite?oldid=26442"
Community content is available under CC-BY-SA unless otherwise noted.