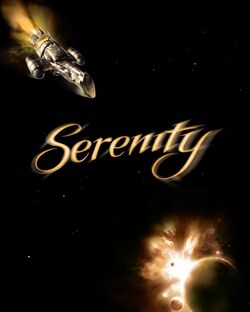 Joss Whedon, the Oscar- and Emmy-nominated writer/director responsible for the worldwide television phenomena of Buffy the Vampire Slayer and Angel, now applies his trademark compassion and wit to a small band of galactic outcasts 500 years in the future in his feature film directorial debut, Serenity.

(From IMDb.com. Subject to change.)

Retrieved from "https://firefly.fandom.com/wiki/Serenity_(film)?oldid=276"
Community content is available under CC-BY-SA unless otherwise noted.